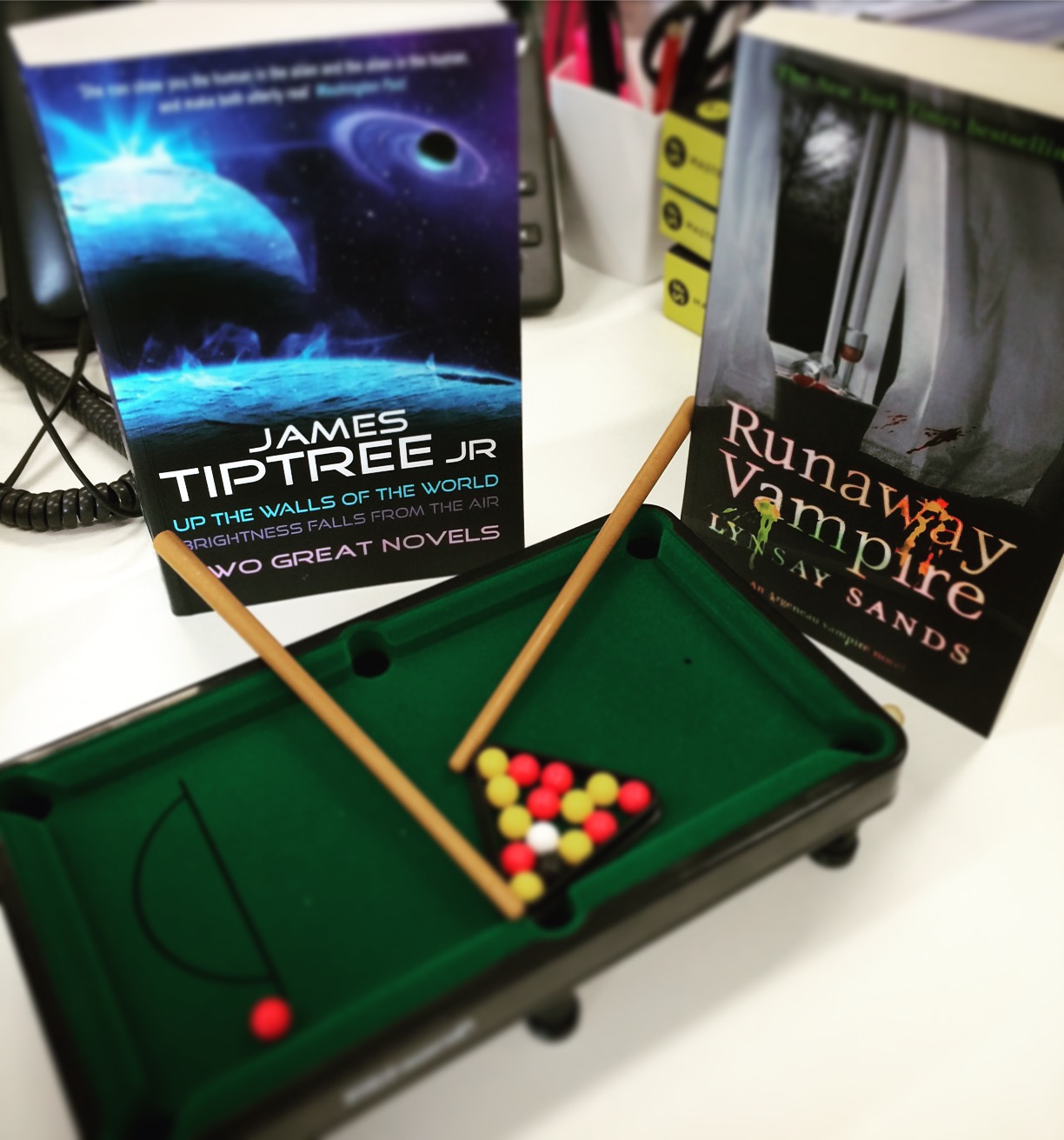 We’d like to wish a very happy publication day to two brilliant books out now in bookshops and online. Escape with the Argeneau vampires or blast out of this world with two must-read novels from SF legend James Tiptree Jr  collected in a new omnibus edition.

Runaway Vampire by Lynsay Sands– Buckle up – the Argeneaus are back in a sexy, witty new novel from New York Times bestselling author Lynsay Sands.

Dante Notte has heard it said that love hurts. He just wasn’t expecting it to run him over in an RV. Still, a punctured lung and broken ribs are nothing compared to the full-body shock he feels whenever he’s near the vehicle’s driver, Mary Winslow. He needs to keep her safe from their pursuers while he rescues his brother. Most challenging of all, he needs to claim this smart, stubborn woman as his life mate.

The naked, injured, insanely gorgeous younger man who clambered into her RV insists they belong together. If Mary wasn’t feeling their incredible connection in every inch of her being, she wouldn’t believe it. But now that the men who took Dante’s twin are after her too, trusting her gut means risking her life for an immortal who’s the very definition of a perfect stranger.

Runaway Vampire is out now in paperback and eBook.

UP THE WALLS OF THE WORLD
A secret US navy research project is founded to investigate the existence of paranormal powers, bringing together a variety of men and women who have shown indications of telepathic ability. As a result of the experiment they make mental contact with the Tyrenni, strange alien beings resembling winged squids who dwell in the upper atmosphere of their tempestuous world.

The aliens’ world, Tyree, is being threatened by a huge being, the Destroyer, which is moving inexorably towards them, obliterating whole solar systems in its path. When the Tyrenni realise that it threatens to exterminate life on Tyree, they are forced into the decision – contrary to all their moral beliefs – to take over the bodies of their human contacts in order to preserve their race.
BRIGHTNESS FALLS FROM THE AIR
Sixteen humans have come together on Damien, a distant world where once, dreams were stolen and atrocities took place. They have gathered to view the last rising of a manmade nova, the testament to a war none can forget.

Soon, time will warp and masks will fall. Soon, violence will erupt anew – along with treachery, horror, murder, release and love.

Soon, some will find justice . . . and others, judgement. Soon.

Now, sixteen humans have gathered – to await the light of the Murdered Star.

Two Great Novels is out now in trade paperback and eBook.