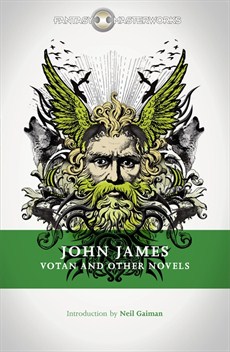 So here we are again.  The new calendar is on the wall, clock has been re-set and a brand new year stretches before us like . . . a great big, stretchy yearie thing, as a certain former-Alaskan governor might well say. It’s a bit daunting to have a whole twelve months staring one down, so let’s make life a little easier by breaking it up into handy month-sized chunks and telling you what you can expect in the way of SF and Fantasy Masterworks.

We’ll be annoyingly vague so as to allow ourselves some wiggle room in case of schedule congestion and the like, and just say that the first half of this new year carries a nice mix of re-styled favourites and brand new additions to the list.  We’ve got new editions of Philip K. Dick’s Dr Bloodmoney, Frederik Pohl’s Jem, Richard Matheson’s iconic The Shrinking Man and James Blish’s 1959 Hugo Award-winner A Case Of Conscience. New SF Masterworks include T. J. Bass’s Half Past Human and The Godwhale – both Nebula finalists –  and Leigh Brackett’s The Long Tomorrow; the recently re-launched Fantasy Masterworks will see Randall Garrett’s Lord Darcy and John James’ Votan and Other Novels.

The second half of 2014 will see some translated Soviet SF with Arkady & Boris Strugatsky’s Monday Begins on Saturday, re-issues – in the new style –  of Stand on Zanzibar and Mission of Gravity. Meanwhile, the Fantasy Masterworks go from strength to strength with Poul Anderson’s The Broken Sword, a 30th anniversary edition of Robert Holdstock’s majestic Mythago Wood, Patricia McKillip’s Ombria in Shadow and new editions of Sheri S. Tepper’s Beauty and Little, Big by John Crowley.

All in all, we feel that’s a very entertaining road map through 2014 – and we haven’t even mentioned the few surprises we’ve got planned . . .