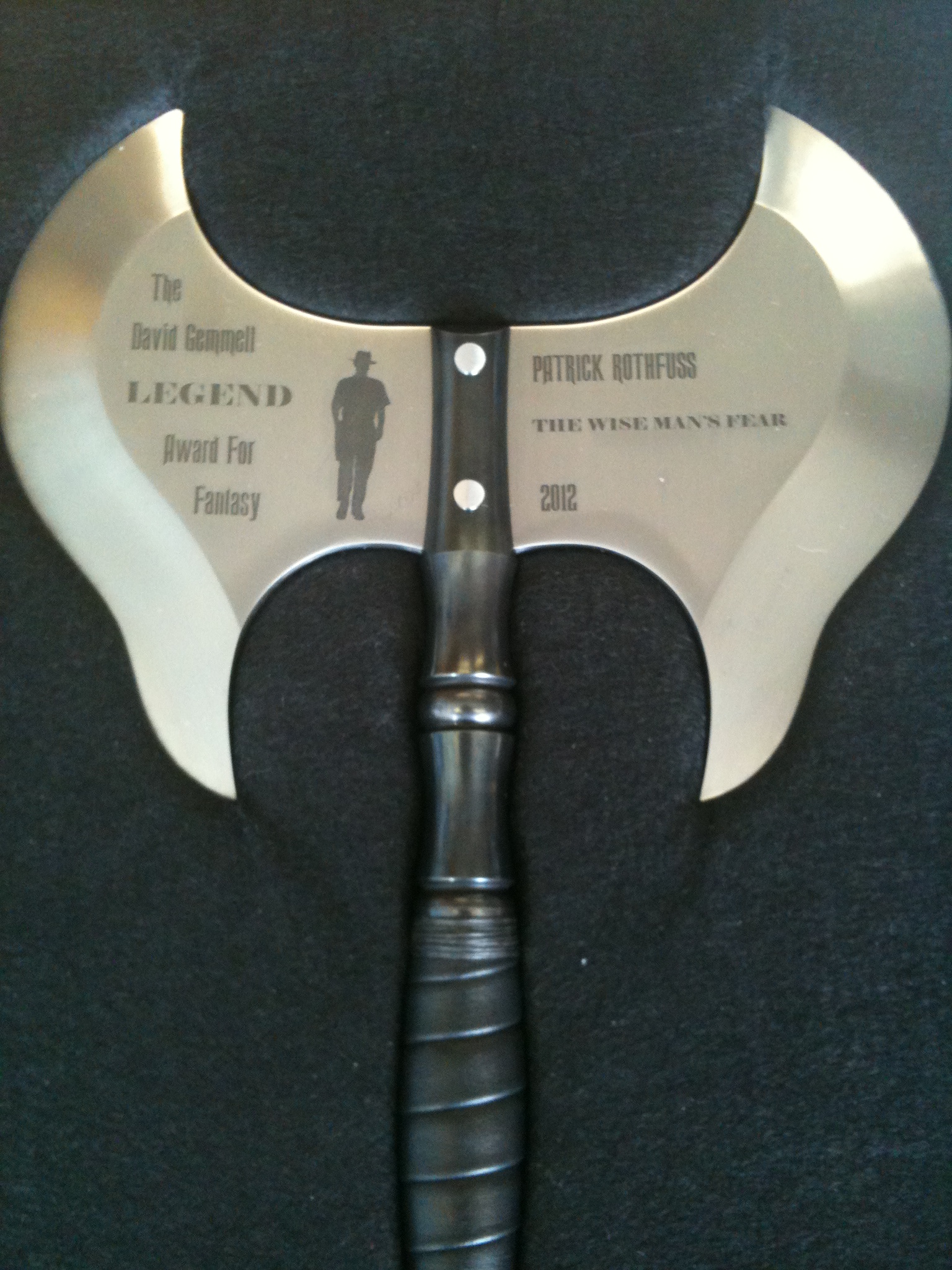 The venue promised a magical evening, and magical it was.

Publishers, authors and bloggers galore had gathered to celebrate fantasy literature and commemorate David Gemmell’s enduring contribution to the genre and, fortified with champagne, we did. The award ceremony kicked off with a reading from Waylander by Anne Nicholls and then smoothly moved on to a spirited auction for original artwork, limited edition books and a unique collection of fantasy and SF novelists signatures amongst other auction lots. There was, as is essential at the Gemmells, plenty of good natured heckling and banter amongst the honest support for the award.

. . . and then came the awards themselves.

‘To be completely honest, I never heard about David Gemmell until 2007. I’m more than slightly ashamed of this, as I consider myself pretty well-read when it comes to fantasy.

I first heard his name shortly after my first book came out. I got an e-mail that said, “Wow! Your book is great! It’s almost as good as David Gemmel’s stuff.”

After the third e-mail along those lines, I went out and read Legend. It was only then that I realized what a compliment my readers were giving me.

Since then I’ve bought all of Gemmell’s books, and I’ve been reading my way through them. So now I can appreciate how flattering it to even be shortlisted for this award. Winning was beyond my expectations. Rest assured that I will do my best to uphold the good name of the David Gemmell Awards, and use this axe to utterly destroy all those who oppose me.

But for me the magic of the evening didn’t lie in the awards, although that’s a special moment, but when Stephane Marsan of Bragelonne (sponsor of the award ceremony, and presenter of the Legend Award) and Stan Nicholls (the Chairman of the Gemmells) both took an unplanned, unscripted moment from the ceremony to tell affectionate, funny anecdotes about David Gemmell. Both of them captured the heart of this award: generous, warm, sometimes unexpected, proud of the fantasy genre and able to smile in the face of adversity.

The David Gemmell Awards have gone from strength to strength every year, and I for one can’t wait to see what’s in store for us next year, when they will be presented at the World Fantasy Convention 2013 in Brighton. I have a feeling, like Friday’s ceremony, that it will be a night to remember . . .