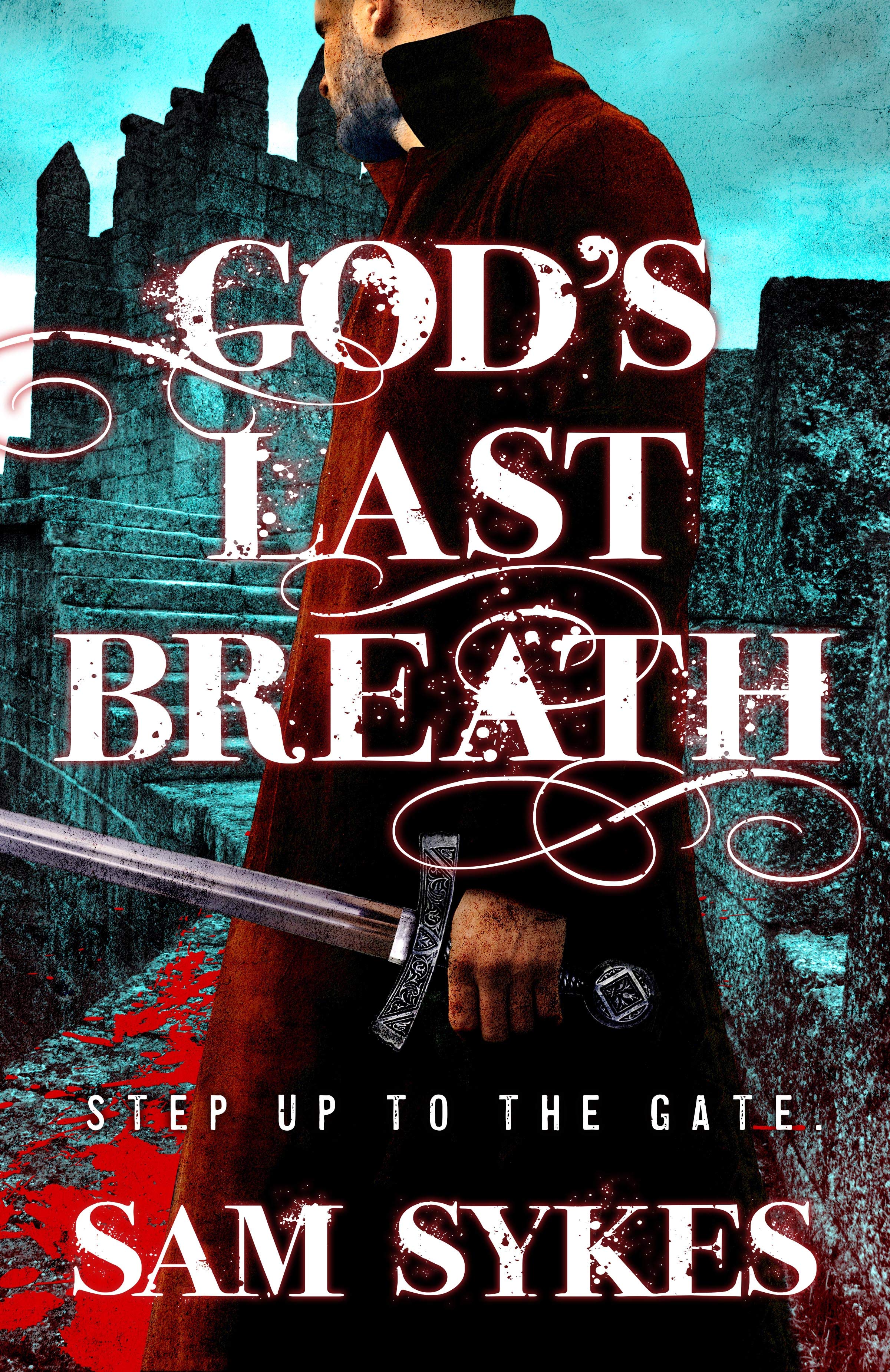 We’ve got a singularly brilliant book for you today. The indomitable Sam Sykes brings his epic Bring Down the Gods trilogy to a close in the best and most exciting way possible.

Find out if Lenk or the gods survive . . . although with a title like God’s Last Breath, it’s not looking good for the deities at the moment . . .

Acclaimed author Sam Sykes returns with the exhilarating conclusion to his Bring Down Heaven series.

The great demon Khoth-Kapira has broken free of his prison and taken his first step upon the mortal world. And he owes it all to Lenk. Believing that the demon will heal a broken world that the gods have abandoned, Lenk serves as reluctant champion to Khoth-Kapira’s cause. But as the desperate and fearful flock to Khoth-Kapira’s banner, begging for salvation, Lenk begins to doubt his patron’s great designs.

The city of Cier’Djaal, meanwhile, has become the field for the last great battle of mortals. And as humans, shicts and tulwar prepare to tear each other apart, none are aware of the ancient horror that marches upon their tiny wars.

At the tip of a spear or beneath the heel of demons, the reign of mortals ends.

‘Insouciant, unrepentant and irrepressible adventurers in a powder keg of a city. And that’s just how the story begins’ ROBIN HOBB