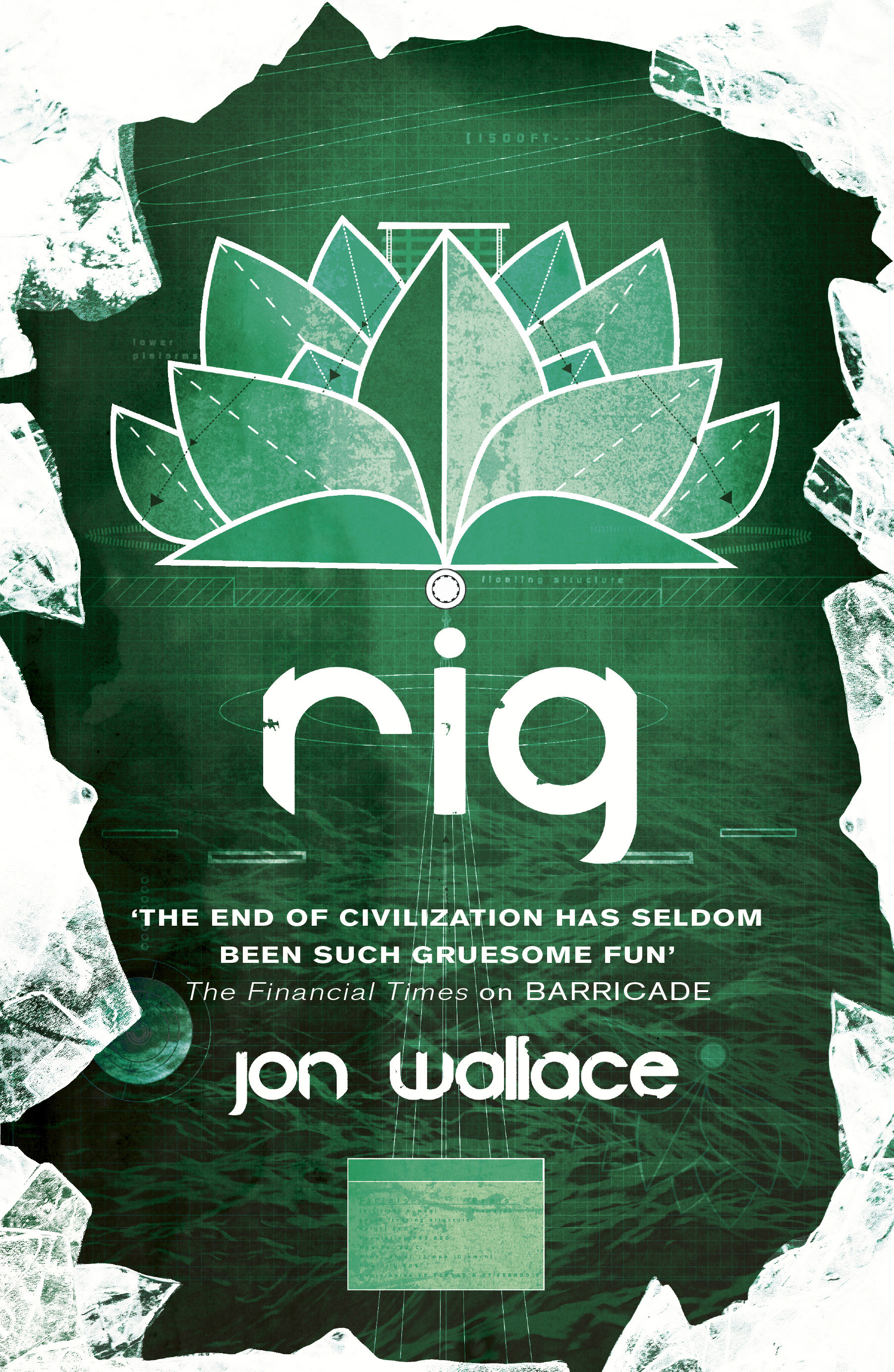 We are thrilled to welcome back Jon Wallace to the Gollancz Blog. Jon Wallace shares with us a guest blog post about his new novel Rig. The third installment in the Kenstibec series, Rig, is set largely at sea – specifically the Arctic Ocean. Rig is available now in trade paperback and ebook. To celebrate the occasion, here Jon picks five great moments in sea-borne science fiction.

Greg Eagen plunges the reader into a frightening religious rite as our narrator, ten-year-old Martin, is bound, weighted down and lowered into the depths of the ocean by his elder brother – to ‘drown in the blood’ of their God, Beatrice, and be redeemed.

As Martin struggles underwater, air escaping his lungs bubble by bubble, he begins to pray: a wonderfully realised moment of child attempting to connect with God: I don’t want to die. But you already know that. So I don’t know what You want me to say. The euphoria that follows makes him, for a while, a contented believer. Education will stamp out his faith, leaving him wiser, but lonelier too.

The War of the Worlds – the action of the Thunderchild

One of the greatest things about Wells’ War of the Worlds is that the Martians are not entirely invulnerable to man’s weapons. Whereas in Spielberg’s film the tripods are protected by a shield, those of the book can be damaged even by 19th century weapons, tantalising the reader with a glimmer of hope in military force.

That makes the death ride of the Thunderchild all the more crushing when it comes; its initial attack damages a tripod, but the Martian counter attack, incinerating the ship in a heat ray, deals the final blow to our hopes in machines of war. Its heroic failure proves that no contest of arms can save humanity, and opens the way for a far more ingenious salvation.

Waterworld – the old man in the oil pit

Yes, it’s a wheezing old whale of a film, but it’s on telly a lot, and if you watch it enough times you find nice ideas floating among the flotsam. Dennis Hopper’s turn as Deacon is one of them, with a few cracking lines (“Adios Cousins”) into which he can sink his teeth.

The rusted hulk of a supertanker he calls home is also a tip-top villain’s lair. There’s a character who punts about the tanker’s huge oil hold, tending the “smokers”’ dwindling reserves. He’s an almost transparent, whispy-bearded prisoner, condemned to perpetual darkness and the stink of crude. Towards the end of the film, when the tanker comes under attack, fish-man Costner drops a fiery rag into the hold, setting off an explosion. As the wave of fire rushes towards the old man, he mutters: ‘Oh, thank God.’

Did my parents really let me read Judge Dredd the Megazine aged twelve? It seems incredible now, as there was some terrifying stuff in there. ‘Devlin Waugh: Swimming in Blood’, the bizarre tale of a bodybuilding gay priest fighting vampires in an underwater prison, was one of the defining comic book stories of these formative years.

One scene sees Devlin and a group of survivors wade through waist-high floodwater, only to be attacked by submerged vampires. It springs to mind whenever I think of great comic books – John Smith’s writing and Sean Phillips’ artwork brilliantly combining for a gory, intense, and frightening moment. Swimming Xenomorphs in  “Alien: Resurrection” could never compete.

Starbug descends into the subsurface depths of an ocean planet, to search the wreck of a research vessel whose crew have all committed suicide. Kryten discovers that the ship was attacked by a gigantic squid, whose defence mechanism is a toxic venom – one that induces despair in its prey.

This grisly and intriguing set-up is topped with a nice joke, as the crew are contaminated with a reduced dose of the poison. Waiting in the airlock, crewmate Rimmer radios them to check if they’re OK. ‘I’m fine,’ says Lister. ‘I don’t seem to be affected. It’s true that I don’t think anybody has ever truly loved me in my entire life…but that’s nothing new.’