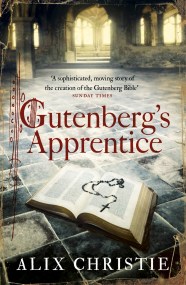 'Brilliantly-observed detail. Her characters are engaging, the world as beautifully crafted as one of Gutenberg's hot-metal letters, and the themes more relevant now than ever'…