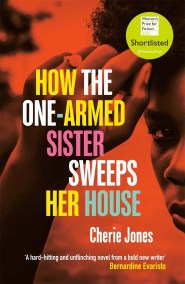 How the One-Armed Sister Sweeps Her House

Women's Prize for Fiction 2021 SHORTLISTED 'Jones's atmospheric debut has a multiracial, multigenerational cast who are brilliantly and even-handedly portrayed' Sunday Times 'Rare is the…