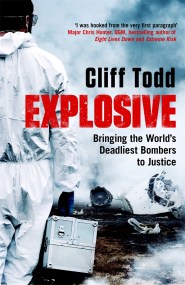 THE STORY OF BRITAIN'S LEADING FORENSIC EXPLOSIVES SCIENTIST, WHO FOR NEARLY THREE-DECADES INVESTIGATED SOME OF THE MOST PROMINENT NATIONAL AND INTERNATIONAL CRIMINAL BOMB ATTACKS IN…