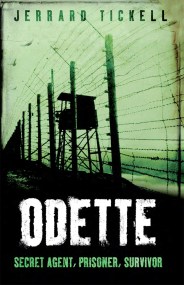 'I am a very ordinary woman to whom a chance was given to see human beings at their best and at their worst... I completely…