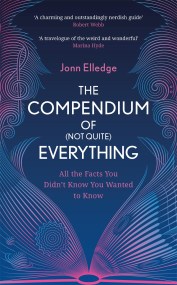 The Compendium of (Not Quite) Everything

The Compendium of (Not Quite) Everything is a treasure trove of random knowledge. Covering everything from the furthest known galaxies to the murky origins of…