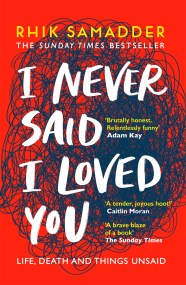 I Never Said I Loved You

'I Never Said I Love You is one of the most electric, enchanting, engrossing and energising memoirs of self-harm, self-loathing, grief, eating disorders, suicide -…