'Superb . . . Blackout is a gripping, terrifying read, as well as being a thumping good page-turner. This is historical crime fiction at its finest from a much-loved writer at the very top of his game'
David Young
'Mesmerising. Nail-biting. Unputdownable. Utterly authentic and beautifully written. The perfect way to bring the past alive'
Damien Lewis
Scarrow is a genius and I love everything he writes, but Blackout takes things to a whole new level. It's by far the best book I've read this year
Tom Marcus
'Taut and chilling - I was completely gripped'
Anthony Horowitz
'A wonderfully compelling thriller, reeking of authenticity, and a terrific depiction of the human world within the chilling world of the Third Reich'
Peter James
A perilous world where high society, low desire, and suspected espionage intersect with infighting among the Hitler regime's power-hungry elite . . . A genuine page-turner
Frederick Taylor
Hugely compelling and brimming with menace . . . The underlying atmosphere of a city held in the thrall of a killer and of a regime that thrives on fear and distrust is thoroughly authentic and gripping
Chris Lloyd
'Loved Blackout. The Berlin of the very early days of the war is vividly drawn and already irredeemably corrupt, the rivalries between the Gestapo, the Kriminalpolizei, Goebbels in Propaganda and Canaris at Intelligence ring all too real, and I fear for Criminal Inspector Schenke's safety in future books given his refusal to join the Nazi Party, his insistence on following the evidence, and his reluctance to compromise the truth'
Jack Grimwood
'Scarrow's deep knowledge of the Third Reich gives a chilling authenticity to this tense thriller. Thrust into the hunt for a serial killer, Inspector Schenke is a particularly sympathetic hero who must use all his wits to survive the Gestapo . . . A terrific read'
Julia Boyd
'A gripping thriller'
The Sunday Times
'A promising new series . . . The Nazi capital is chillingly portrayed, from the freezing slums, where residents die of hypothermia, to high-society parties where shrill laughter echoes across grand apartments . . . An engrossing read'
Financial Times
Historical crime fiction at its finest - gripping, believable, intricate and sometimes terrifying. You won't find a better story which so perfectly captures time, place and attitude
John Cleal, Crime Review 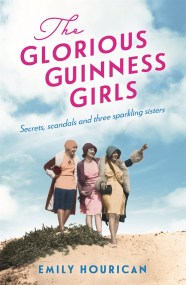