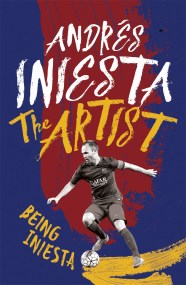 The Artist: Being Iniesta

Andrés Iniesta is the Barcelona and Spain legend, rated by the likes of Cristiano Ronaldo, Lionel Messi, Luis Suarez and Paul Scholes as one of…