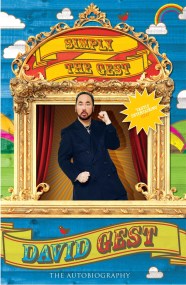 Part memoir, part his take on life, the universe and Hollywood, this is an all-round portrait of a true original. David Gest was the star…