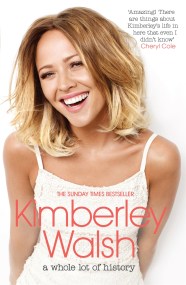 A Whole Lot of History

In 2002 - along with Cheryl Cole, Nadine Coyle, Sarah Harding and Nicola Roberts - Kimberley Walsh won a place in the Popstars The Rivals…