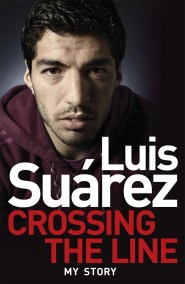 Luis Suárez was a young boy already in love with football by the time his family moved from the countryside to Uruguay's capital, Montevideo. The…