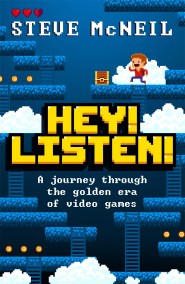 For fans of Daniel Hardcastle's Fuck Yeah!, Videogames and Retro Tech by peter leigh. Equal parts hilarious and informative, Hey! Listen! should be in every…