Murder in the Welsh Hills

In the majestic mountains of North Wales, retired MI5 agent Huw Cecil is reluctantly drawn back into a world of espionage and murder. While visiting… 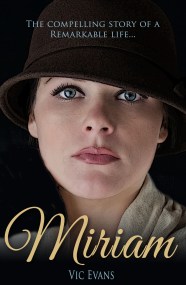 A brilliantly researched and exquisitely told tale of love, death, and heartbreak which explores some of the most important and devastating events of twentieth-century Europe. Miriam Rabin, a…