[McKibben is] the Michael Jordan of climate change activism
VICE
'A love letter, a plea, a eulogy, and a prayer. This is Bill McKibben at his glorious best. Wise and warning, with everything on the line. Do not miss it'
Naomi Klein, author of This Changes Everything and The Shock Doctrine
'No one has done more than Bill McKibben to raise awareness about the great issue of our time. Falter is an essential book - honest, far-reaching and, against the odds, hopeful'
Elizabeth Kolbert, Pulitzer Prize-winning author of The Sixth Extinction
'The planet's best green journalist'
Time
He has gathered the most vivid statistics, distilled history to its juiciest turns, and made the case as urgently and clearly as can be: The whole breadth of our existence - the 'human game' - is in jeopardy
Washington Post
'I braced myself to plunge into this book about the largest and grimmest of situations our species has faced, and then I found myself racing through it, excited by the grand synthesis of innumerable scientific reports on the details of the crisis. And then at the end I saw the book as a description of a big trap with a small exit we could take, if we take heed of what Bill McKibben tells us here, and act on it'
Rebecca Solnit, author of A Paradise Built in Hell and Hope in the Dark
It's not an exaggeration to say that Bill McKibben has written a book so important, reading it might save your life, not to mention your home: Planet Earth. Falter is a brilliant, impassioned call to arms to save our climate from those profiting from its destruction before it's too late. Over and over, McKibben has proven one of the most farsighted and gifted voices of our times, and with Falter he has topped himself, producing a book that honestly, everyone should read
Jane Mayer, bestselling author of Dark Money
McKibben is a man of many virtues . . . Almost no one has been writing about climate change longer or working to fight it harder than he has
New York Review of Books
'Probably the country's most important environmentalist'
Boston Globe
While these dangers have been widely discussed, McKibben provides a fresh perspective with surprising examples and an engaging writing style
Jared Diamond, The New York Times 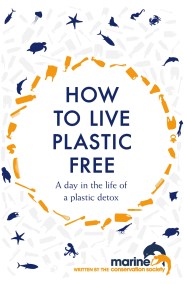