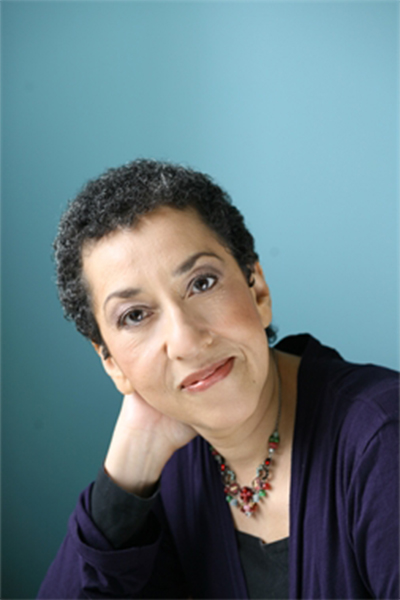 Headline is hugely saddened by the death of Andrea Levy, the greatly respected author of SMALL ISLAND and THE LONG SONG on 14 February 2019. She had been ill for some time.

When Andrea Levy began to write fiction, living in London in her thirties where she enrolled on a CityLit Creative Writing course, she set out to tell the stories of black Britons like herself, but could find few role models in the UK. Her first publishing deal came in 1994, with Headline, when editor Geraldine Cooke acquired EVERY LIGHT IN THE HOUSE BURNIN’ for the launch list of the Review imprint. This was followed by NEVER FAR FROM NOWHERE (1996) and FRUIT OF THE LEMON (1999). While these novels were well received, it was Andrea’s novel of Windrush immigrants, SMALL ISLAND (2004), which really put her on the literary map. It won the Orange Prize, the Whitbread Book of the Year, the Commonwealth Writer’s Prize, and was the winner of the Orange Prize ‘Best of the Best’. In 2009 it was made into an award-winning BBC television drama. After SMALL ISLAND came THE LONG SONG (2010), which was shortlisted for the Booker Prize and won the Walter Scott Prize, and then a collection, SIX STORIES AND AN ESSAY (2014). Widely regarded as the first black British author to achieve both critical and mainstream commercial success, and as a trailblazer for a younger generation of writers, Andrea contributed recently to the dialogue on the anniversary of the arrival of the Empire Windrush in the UK.  Shortly before Christmas, THE LONG SONG screened on BBC One as a major three-part television drama (heralded by actor Lenny Henry as part of a ‘moment of change’ in the film and television industry) and Alan Yentob’s Imagine documentary aired at the same time. This year, the National Theatre are producing an adaptation of SMALL ISLAND for the stage. All of Andrea’s books have recently been reissued under Headline’s Tinder Press imprint.

‘I was incredibly honoured to be Andrea’s publisher and to call her my friend. As her editor for SMALL ISLAND, THE LONG SONG and SIX STORIES AND AN ESSAY, I was so proud to watch her win prizes, be read by millions of people and reshape the literary world around her. Her legacy is unique, and her voice will be heard for generations to come. I miss her.’

‘Andrea Levy’s extraordinary writing is woven into the fabric of Headline’s publishing history and will continue to infuse the spirit of our future publishing. Her novels have perhaps never been more relevant or important in their questioning of identity and belonging. May we continue to learn the lessons so elegantly laid out by one of the greatest novelists of her generation. Our thoughts are with Andrea’s husband, Bill, and her family.’