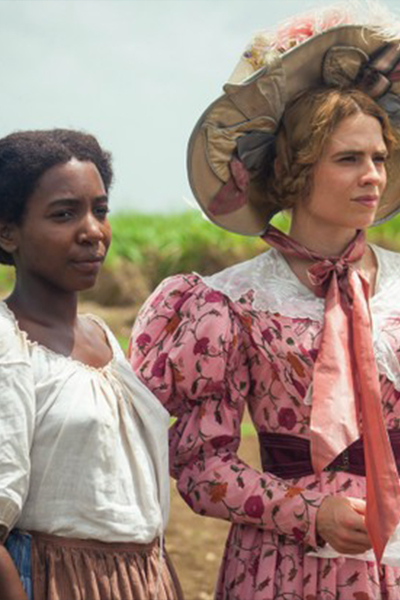 Andrea Levy’s THE LONG SONG, set on a sugar plantation in Jamaica in the dying days of slavery, is being adapted by Heyday Television, in a joint venture with NBC Universal International Studios, as a three-part drama for BBC One. Published in 2010, THE LONG SONG was shortlisted for the Man Booker prize, and won the Walter Scott prize for historical fiction.

Andrea Levy said: ‘I am particularly happy to have my novel, THE LONG SONG, adapted by Heyday and the BBC. This untold story from Britain’s complex past in the Caribbean will be a period drama like no other’.

The novel was adapted by Sarah Williams, author of the script for the 2007 feature film Becoming Jane.

‘It’s a cracking good story from a female point of view’, Williams said. ‘It also serves as a tribute to the wit, ingenuity and resilience of generations of British slaves in Jamaica’.

The director is Mahalia Belo, winner of a BAFTA award for Channel 4’s Ellen.

Tamara Lawrance plays the central character July, a slave and maid to Caroline Mortimer, a narrow-minded plantation owner, played by Hayley Atwell.  Lenny Henry stars as Godfrey, July’s fellow slave, and Jack Lowden as Robert Goodwin, new overseer of the plantation, who arrives with revolutionary ideas to transform it, for slaves and owners alike.

In celebration, we are publishing a TV tie-in of THE LONG SONG to coincide with the broadcast. This October we will also publish a gorgeous hardback reissue of SMALL ISLAND, with original artwork created by Deputy Design Director Yeti Lambregts, to reflect the novel’s Jamaican heritage.

Publishing Director Imogen Taylor said ‘With the Empire Windrush so much in the headlines this year, it seemed important to celebrate SMALL ISLAND, and to breathe fresh life into a novel that, as well as being a contemporary classic, remains one of the books Headline is proudest to have on its list.’

SMALL ISLAND was first published in 2004, and was winner of the Orange Prize for Fiction, the Orange Prize ‘Best of the Best’, the Whitbread Book of the Year, and the Commonwealth Writers’ Prize. It went on to sell over a million copies, and was also adapted as a TV drama starring Benedict Cumberbatch and Naomie Harris. 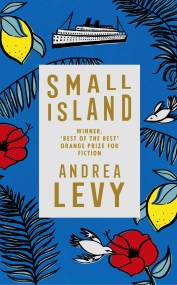 Small Island by bestselling author Andrea Levy won the Orange Prize for Fiction, and the Orange Prize’s ‘Best of the Best’, as well as the Commonwealth Writers’ Prize and the Whitbread. It is possibly the definitive fictional account of the experiences of the Empire Windrush generation.

It is 1948, and England is recovering from a war. But at 21 Nevern Street, London, the conflict has only just begun. Queenie Bligh’s neighbours do not approve when she agrees to take in Jamaican lodgers, but Queenie doesn’t know when her husband will return, or if he will come back at all. What else can she do?

Gilbert Joseph was one of the several thousand Jamaican men who joined the RAF to fight against Hitler. Returning to England as a civilian he finds himself treated very differently. It’s desperation that makes him remember a wartime friendship with Queenie and knock at her door.

Gilbert’s wife Hortense, too, had longed to leave Jamaica and start a better life in England. But when she joins him she is shocked to find London shabby, decrepit, and far from the golden city of her dreams. Even Gilbert is not the man she thought he was…